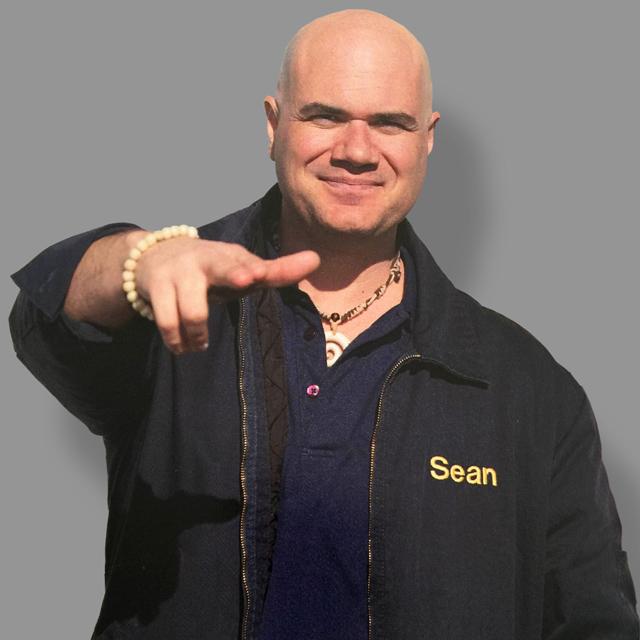 Star of Storage Hunters, Sean Kelly, the ever-smiling, ever-shouting auctioneer will be at Cornerstone on June 16 with his new show Sold Your Way!

See Sean open up about his crazy life, where audiences will learn a hell of a lot more about his unusual story in this raw and funny show. Click here to buy your tickets today.

With hilarious tales from his past escapades, where he’s done everything from holding a Top Secret military clearance and serving a combat tour in Iraq, catching shoplifters as an undercover store detective in Italy, travelling to over 80 countries around the world, headlining the MGM Grand in Las Vegas and with all of this, has still managed 25 years of marriage to his wife Lori. All of this plus a charity auction with audiences encouraged to bring along a cheeky item from home, to be auctioned off, with all proceeds going to Help for Heroes!

Sean is also a highly accomplished stand-up comedian and has headlined the MGM in Las Vegas every summer for the past three years. Following the success of the million selling Storage Hunters UK IPhone game he is launching a range of online games through 2017. He is in demand as a guest/celebrity auctioneer at events throughout the UK and regularly appears at corporate events across the country.