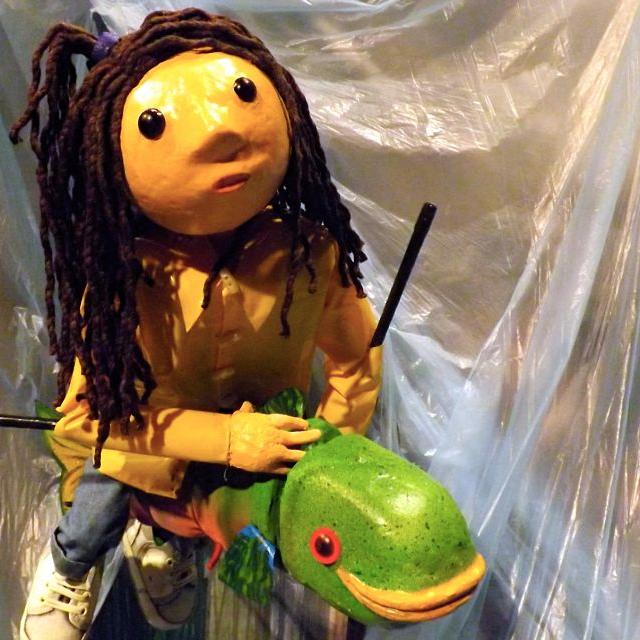 Revealed! The inspiration behind Leaper: A Fish Tale

Role in the Leaper: A Fish Tale project: Advisor to the team on salmon life history, breeding, care of ova, rearing of juvenile salmon and the technique of salmon kelt reconditioning in fresh water.

Day in the life of Leaper:

I run a salmon hatchery and breeding unit for the Tay District Salmon Fisheries Board near Perth. My work in the unit I’m told is what sparked the concept of Leaper!

I am a semi-retired fish biologist and have been involved with salmonids as well as a few other species all of my working life.

Back in 1992 I was tasked with trying to work out a way we could maximise the numbers of eggs and young salmon we could produce without taking too many fish from the rivers each year. They were declining and there was concern by fishing interests that they may lose this valuable part of the years annual run of salmon into the River Tay system. I worked out a technique to nurse these valuable fish back to health after spawning.

By the time they have swum from their feeding grounds at sea up to the very highest points of our tributaries and stayed there till they spawn they will not have fed for almost a year and in the wild would all succumb after spawning.

By introducing them to food and treating all their ailments its possible to keep them in good condition for many years in the rearing unit and spawn them many times producing thousands of eggs each year from these valuable fish.

What makes up an average day in your role?

No two days are the same really.

At the moment I have more then half a million Salmon ova to look after as well as their mums dads and some new fish who have recently joined them in the unit.

The eggs need constant care, all have to be counted and the Alevins once hatched must be closely monitored to check when they need to be moved into rearing tanks to feed and grow for a while before they leave to make their amazing journey out to sea.

I can be nursemaid, doctor, cook, plumber, electrician, carpenter and metal worker all in one day!

am such a lucky man to have never considered myself as actually having “worked” a single day in my whole career.

I am as excited by fish now as I was when gazing through the glass of my aquarium at two goldfish, a Tench and a catfish when I was 10.

Why is teaching children about conservation important?

It’s vital as we are only custodians of this amazing planet we live on. It will soon belong to them. They will have responsibility for making sure there is still a living breathing planet to pass onto their children.

Unfortunately, it may not contain all the species that are with us now and will certainly contain many less fish!

Leaper’s story covers so much ground in so many amazing places that the only way to bring it to life other than following her on her journey is to bring those places to the children. Theatre especially the magical theatre of Tucked In is the best medium for this.

It captures the imagination on so many more levels than a film.

What about the show do you find most exciting?

Two things - the way the amazing writer has taken the story of one little Scottish salmon and its amazing journey to be a window to the plight of so many other creatures living in our seas.

Secondly, the most exciting thing for me will be when I’m in the audience watching children’s faces fill with wonder as the story unfolds.