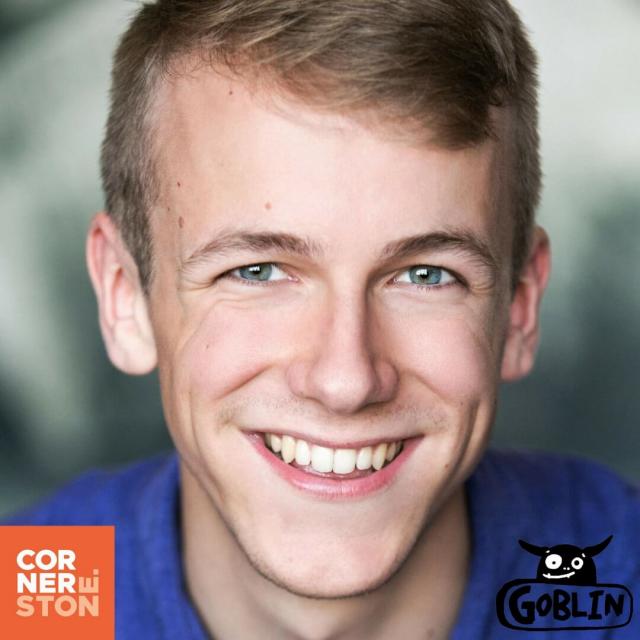 Rob Gathercole is playing Louie and the Accordion Monkey in our Christmas production of The Nutcracker and the Mouse King!

Before the cast make their way to Cornerstone to begin rehearsals, we caught up with Rob to find out more about him...

Q) What have you been up to lately?

I’ve just been touring for the past year in Dreamboats and Petticoats, playing lots of 50’s music and going up and down the country. I’ve had a couple of months back home in London relaxing and composing music for some new projects in 2018.

Q) What made you want to start acting?

I got into acting at a very young age, doing lots of shows in and out of school – mainly because I liked the idea of being able to entertain people and also getting to be really creative with your friends.

Q) What are you looking forward to most about starring in The Nutcracker and The Mouse King?

Playing a few different characters, and getting to be a sarcy teenager! I was a very well behaved and mild mannered young man, and Louie (the character I’m playing) is a lot ruder to his mum and sister than I would’ve ever been!

Big Christmas dinners all around a long table with all my family together. I live quite far away from most of my extended family so it was often the only occasion where we could all get under one roof together.

Q) Turkey and all the trimmings or something a little different for the big day?

Still can’t beat my mum and dad making a very hearty traditional Christmas dinner – although my sister is a bit more experimental. A few years ago she had curried goat!

Who knows what’s next! That’s the exciting part of being an actor. Hopefully will be doing more plays and musicals, in addition to continuing composing for some exciting new productions!

Q) Which do you prefer, stage or screen?

I feel very at home on stage, having the audience right there with you is part of the fun of it! But I would be interested to try out some more stuff on camera.

Q) Would we have seen you in anything before?

I’ve only graduated from Rose Bruford very recently, but you may have seen me play the Tinman in Immersion Theatre’s 2016 Wizard of Oz outdoor tour, or maybe if you ventured into London last Christmas to see Greenwich and Lewisham Young People’s Theatre’s ‘A Christmas Carol’. And of course, if you went to go see Dreamboats and Petticoats you would have seen me rocking and rolling on the trumpet!

Q) What is the best thing about performing over Christmas?

We get to start feeling Christmassy before everyone else as we rehearse in November! So it makes the Christmas season even longer – what could be better than that?

Being able to see family and friends and just have a good time!

Q) How did you get into acting?

I was very lucky and was able to perform with lots of local groups when I was growing up, which gave me a lot of confidence. I then went and trained as an actor musician at Rose Bruford College, where they worked us very hard for 3 years in all aspects of being a performer.

Q) What was your favourite toy when you were a child?

LEGO – and lots of it! I was obsessed with the stuff as a kid, and I every now and then I will delve into my large box and create something. You can never be too old to stop playing.

Click here to secure your tickets today for our cracker of a Christmas show!