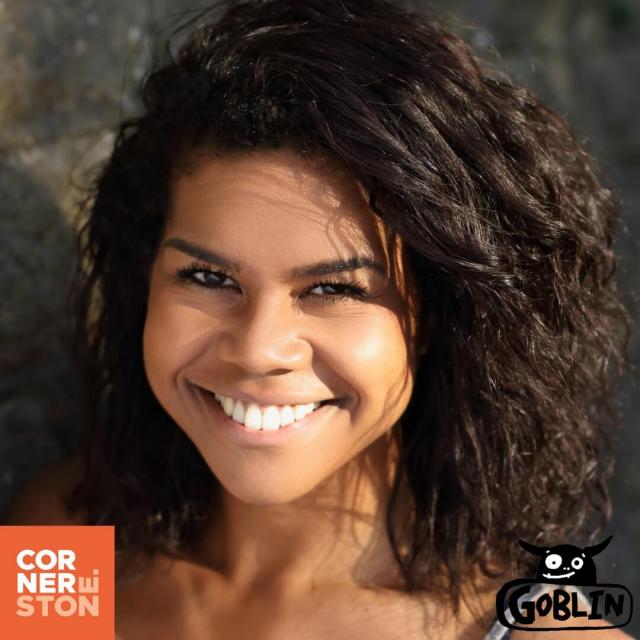 Meet Kate Spencer who is playing Drosselmeyer (The Toymaker) in our Christmas production of The Nutcracker and the Mouse King!

Before the cast make their way to Cornerstone to begin rehearsals, we caught up with Kate to find out more about her and her festive traditions...

Q) What have you been up to lately?

I had the pleasure of joining the Octagon Theatre in Bolton during August Bank Holiday, performing in the Mad Hatters Tea Party, where I played the part of Alice in a version of Alice In Wonderland. The show was created and performed specifically for Bolton’s Food and Drink Festival. We also performed 3 minute versions of Goldilocks and the Three Bears in ‘flash mob/pop up’ style around the festival, which was so much fun!

Most recently, I have just finished a run of Great Expectations at Derby Theatre, where I played the role of Estella. It was an amazing experience, creating a Dickensian world with lots of ensemble work and intricate storytelling (and I got to wear the most amazing costumes!)

I also just appeared on an episode of Doctors last week.

Q) What made you want to start acting?

I love storytelling. Creating another world for an audience to transport into and being able to aid them in letting their imaginations run wild. I love the idea of helping people find different ways to tell stories through language, physicality and music and especially helping people who feel they cannot/don’t want to tell the stories themselves or don’t necessarily have the means to.

Q) What are you looking forward to most about starring in The Nutcracker and The Mouse King?

I’m very excited to play the character of Drosselmeyer! She’s very mysterious, quirky and charismatic and kind of drums to her own tune. She’s a strong character with certain beliefs and attitudes and is very determined, which I’m so excited to play with! I’m also really excited about the musical element of the piece and integrating the songs/underscoring into the performance. Music can really spark and emphasise certain feelings, and help create and set an atmospheric aura for a piece. I think working with the Young Company will also be so much fun as they bring so much energy, spirit and enthusiasm to a piece.

It’s a bit of a strange one, but a couple of years ago, we spent Christmas in the Hospital as my sister had to had various Operations on her knee over the holiday period. It was very different to our typical Spencer Christmas – we were living off Hospital Café food and takeaways for days which was a far cry from the typical Christmas dinner – but we still managed to play Monolopoly on the ward! It really emphasised to me that the holiday period is about family and who you’re with, not where you are or material elements that some people focus on.

Q) Turkey and all the trimmings or something a little different for the big day?

Turkey and the trimmings – all the way!

Nothing set in stone yet – which is the beauty and scary aspect of the job. I often write little pieces myself so would love to start writing a short play/one woman show, but who knows!

Q) Which do you prefer, stage or screen?

Stage, at the moment. There is nothing better than having a live audience experiencing the action unfold with you. It really keeps you in the moment as audiences sometimes react in different ways to different elements of the action, which I love, as it really shows individuality, and the fact that people may take away different things from a piece of Theatre.

Q) Would we have seen you in anything before?

I have done various other Childrens shows and tours, however I’ve never performed in Didcot or at Cornerstone Arts before which I am very excited about! If you were watching Doctors on BBC1 towards the end of October, you may recognise me from one of the episodes!

Q) What is the best thing about performing over Christmas?

Working over the Christmas period is always very special. Everyone is so happy because of the time of year and performing in a Theatre over the festive season is always a joy. Families are so excitable and so ready and willing to accept the magical spirit of a show – especially in a classic story like The Nutcracker which has its own magical elements….!

An excuse to eat lots! Playing Monopoly, being around friends and family, Christmas films and the cosy atmosphere the festive season brings.

Q) How did you get into acting?

I danced quite a bit when I was younger and attended many performance classes out of school which encouraged me down the performance and acting route. I have a very supportive family and had great supportive teachers at school who gave me lots of advice and guidance when I was choosing the career path. I was encouraged to join various Acting programmes/workshops such as a summer school with the Royal Shakespeare Company aged 15 and National Youth Theatre at 16, and eventually attended Drama School aged 18 which really gave me the training and platform to enter the business.

Q) What was your favourite toy when you were a child?

I really loved Lego and anything like that where you can create your own worlds. I also loved playing outside so anything like Giant Connect 4 or a skipping rope would’ve been high on my Christmas list!

Click here to secure your tickets today for our cracker of a Christmas show!