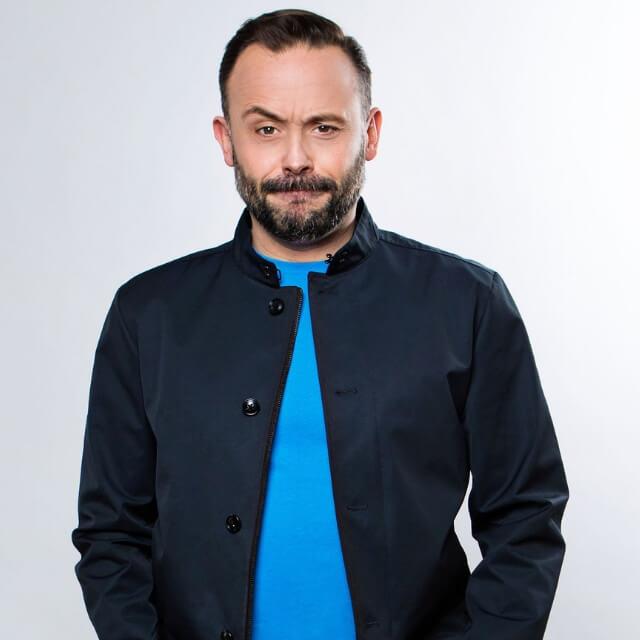 Geoff Norcott's back on tour again and he is returning to Cornerstone Arts Centre on 8 Nov at 8pm (with a few tickets still remaining to grab!). 'Taking Liberties' covers whatever contentious subject he wants to with his usual brand of unique and provocative comedy. He'll be honest and blunt in the nicest way he possibly can. As seen on his recent BBC 2 Documentary 'How The Middle Class Ruined Britain' (still on iPlayer for you to enjoy) - nothing is off bounds when it comes to what Geoff covers in his stand-up and we have been lucky enough to score an exclusive interview with the man himself. . .

What is Taking Liberties about?

I’ve realised that – above party politics and even Brexit – is an intense dislike of being told what to do. Remember that feeling of when your mates Mum would tell you off? I get that every single time someone tries to interfere in my life.

What don't you like to be told to do?

I think the private things are the worst. What we eat, the language we use. These are intimate things that an increasing amount of do-gooders feel at liberty to instruct us on. They need to get to grips with the fact that sometimes humans want to do bad stuff. And salt is great. If it was socially acceptable to drink soy sauce in public I would.

Is there anything we should be told to do?

Don’t eat avocados. Not only are they a hideous symbol of the middle-classes they’re also gross. How are they ‘fruit’? Nothing with a texture so meaty and oily should be called a fruit. Just stop showing off and eat a pear.

What's your position on the free speech in comedy debate?

The problem with comedy is when these furores erupt, people are often reading the jokes in print. One-liners aside, stand-up is not meant to be consumed this way. When people read they apply their own levels of anger and indignation. A certain section of the public have become incredibly sensitive. I got pulled up for joking about my dad’s disability. I had to grow up with a dad with a dodgy looking Captain Hook prosthetic. No-one is gonna tell me I can’t make light of that.

Your documentary about class recently aired on the BBC, how did it come about?

The BBC came to me and said ‘It seems like you have a big chip on your shoulder’. I said I did, though my mine was a proper chip and theirs was probably triple-cooked or something. They asked if I’d like to explore my hunch that large sections of the middle-class are engaged in sophisticated chicanery. I did, so we made the show. I won’t lie, my life is better economically now than it was growing up. But maybe that’s what drives it: self-loathing because I have known the taste of brioche.

What are your future plans?

Well if I was one of these TV types I’d say something about ‘irons in the fire’ and ‘exciting projects’ but what that really means is ‘nothing definite yet’. I’m mainly focused on making the tour show good. All the TV work in the world won’t matter when you’re staring down 400 people at a Corn Exchange.

What's your memory of Didcot?

The last tour show here was full. I thought it meant I had a following in Didcot. However, one young member of the bar staff set me straight: 'It's the same crowd for every tour show. There's nothing else to do in Didcot.' Cheers mate, it's important to stay grounded.