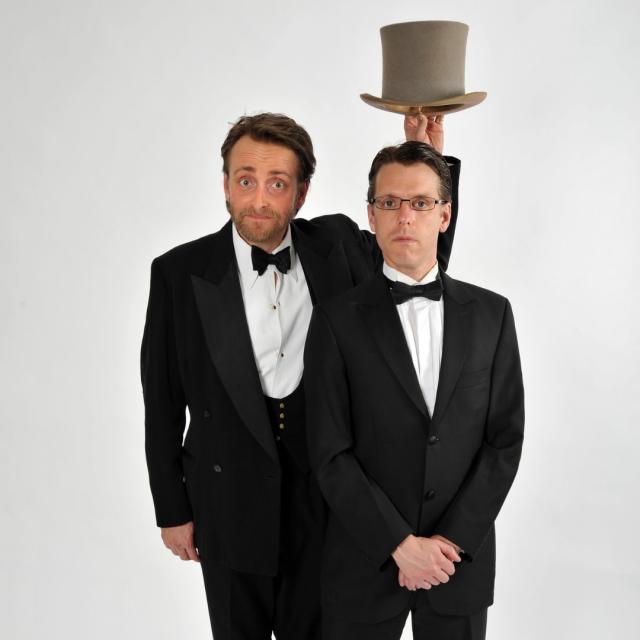 Duncan Walsh Atkins and Tim Fitzhigham showcase the incredible work of radio comedians Flanders and Swann including fan favourites the Hippopotamus (Mud, Mud, Glorious Mud), The Gnu, The Gas Man Cometh and many more – plus a few hidden gems along the way in this production. Known as the rolls royce of Flanders and Swann shows having delighted audiences across the globe for the past decade it's not one to miss.

Star of the show Duncan Walsh Atkins is also local to Oxford himself having studied here where he conducted the University Gilbert & Sullivan society before coming to the stage - one of our own shining treasures in theatre in action alongside multi-award winning Tim FitzHighan.

So join us as they starch their beards and trim their finner jackets, ready to bring you the wit and wordplay of those ingenious comedy songsmiths Michael Flanders and Donald Swann tomorrow at Cornerstone!