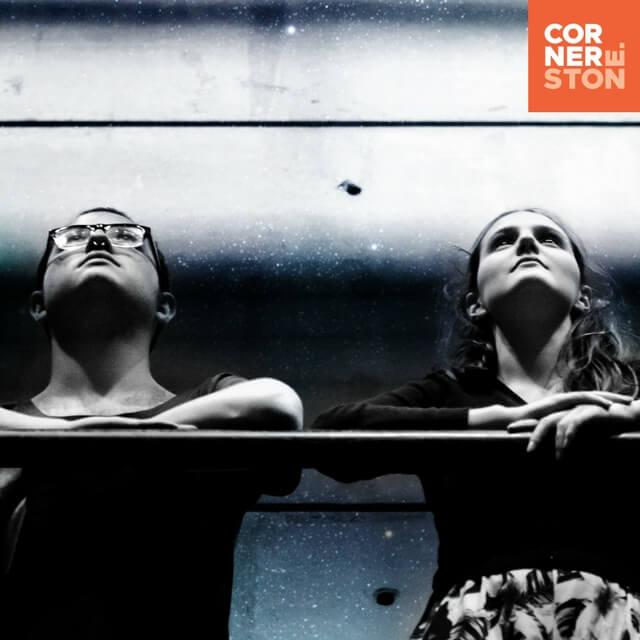 Q&A with Holly and Ted from Polaris

Polaris by Holly and Ted takes to the Cornerstone stage a week today.

We had a catch up with Holly and Ted ahead of their performance at Cornerstone to find out about the interesting duo!

Q) Hi Holly and Ted. We are excited to have you at Cornerstone next week. How did you guys meet?

Q) Writing and performing in the same show… this must bring with it some challenges?

I think the performing and writing parts are actually the bits that we find the easiest? Don't get me wrong, they're still hard, but we know our own voices & our own skill sets so we can match the script to that - the hardest part is staging the show not knowing how it looks from the outside! We're both on stage at all times so we're never sure what our shows look like until we get them in front of an audience, which is both exciting and terrifying!

Q) What made you come up with the vision of Polaris?

The idea for Polaris came out of lots of conversations we were having in 2016, and then more conversations once we started making the show in 2017. We noticed the language that was being used by both the Leave and Remain campaigns, and the impact that those words were having. Polaris isn't a 'brexit play' but it's definitely inspired by the sort of words we were all using to discuss brexit, and the rifts that appeared in friendship groups or families due to the use of language.

Q) What are the main themes in the show?

The main theme of Polaris is definitely Language. Its a show that we hope will make audiences think about what they're going to say next, about what words they use to talk about their friends and enemies, and even how they talk about themselves.

Q) What other venues are you touring to with Polaris?

Polaris is in its earliest stages at the moment so we're previewing with you and with Playbox Theatre in Warwick, which is the youth theatre where Holly and I first met. Then we go back into rehearsals before taking the show up to Edinburgh Fringe in August!

Q) What advise would you give to any budding young actors?

Acting is really tough, neither Holly nor myself really consider ourselves actors - so much of acting is left up to fate. Do you look right for this role, are you tall enough to play opposite this person, can you afford to take on enough unpaid jobs to get noticed by a casting director etc. In setting up our own company, Holly and I have complete autonomy over what sort of work we do, where we tour and who we work with etc. Creating your own work gives you the power to shape your career.

Q) Are you working on any other projects?

We always have a few projects on the go, I've been lucky enough to work with Soho theatre and Raising our Voices to delevop a new play i'm hoping to tour in 2019, and Holly and I have a little something special planned to celebrate the 50th anniversary of Joseph and the Amazing Technicolor Dreamcoat....

Polaris really does look fantastic, tickets only £6. CLICK HERE for more info and to purchase your tickets today. There will be a Q&A after the show where you can meet Holly and Ted.