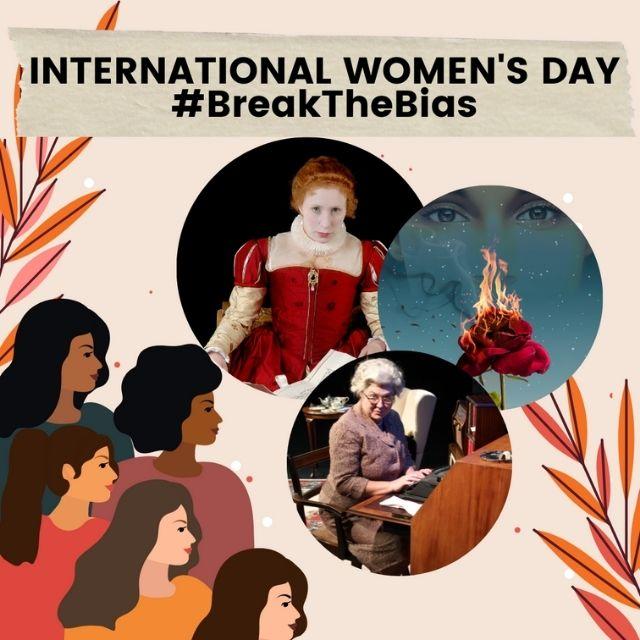 For this International Women's Day the theme is #BreakTheBias meaning working for a world that is free of bias, discrimination and stereotypes. We try to do our bit with our programming by including lots of incredible women's stories via theatrical performances, in our offices and in our galleries! Looking to book onto a show with a female lead to show your support? We're listing our female lead shows here for a quick way to book onto the best shows.

I, Elizabeth on 10th Apr

I, Elizabeth uses only Elizabeth's own letters, speeches and writings to put on a spectacular one woman show by performer Rebecca Vaughan. Defying the establishment by choosing to lead her country alone, she forsakes her own dreams and desires in order to steer England towards national and spiritual security. But time is against her... Elizabeth I: Queen at 25, political phoenix and famously unmarried, she was the most educated woman of her Age - but who was the woman beneath the crown?

Where Is Mrs Christie? on 21st Jun

Agatha Christie was one of the greatest thriller writers of all time and certainly the most prolific. In 1926, she was at the centre of a mystery as perplexing as any of her fiction, a series of events which sparked one of the biggest and most extensive police hunts in history. During this show actor Liz Grand tries to answer unanswered questions of this woman's life. Did Agatha Christie lie, and if so why? Did she suffer from amnesia? Was it a publicity stunt? Or was there a darker secret involved in this disappearance which was to affect her for the rest of her life?  The answer to all these questions will, as in all good thrillers, be revealed!

A brilliant and beautiful retelling of the classic book by Charles Dicken's Great Expectations, Estella, dives into the heart of one of literature’s most unforgettable heroines – Estella. This re-envisioning of Dickens’ best-loved novel, led by a band of three actor musicians, follows the story of Estella’s astonishing self-discovery. Against a backdrop of live original music and visual theatre making, audiences will witness the true nature of Estella’s relationship with Miss Haversham and her desperation to discover her real Mother’s identity. In this radical re-working, will Pip and Estella be together forever? Will Estella finally be able to leave her dark past behind and step into the light?