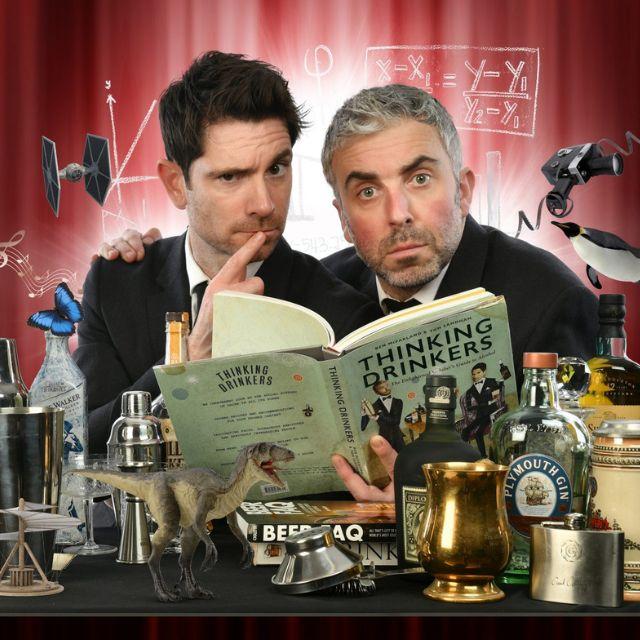 The pair have written a number of books that have been published worldwide including “World’s Best Beers,” “World’s Best Cocktails,” and “The Thinking Drinkers Almanac.” Along with their impressive writings, the pair have converted their knowledge into unique comedy shows which have been seen at the Edinburgh Fringe Festival, in London’s West End and even a three-month run at the prestigious Teatra Caser Calderon in Madrid, Spain.

Now they’re back on tour in 2023, and the hilarious, award-winning drinks experts are hosting history’s greatest ever pub quiz packed with loads of funny, fascinating facts and FIVE free discerning drinks for every audience member. You’ll learn a lot and you’ll laugh a lot as answers to life’s most important and unusual questions appear at the bottom of your glass.