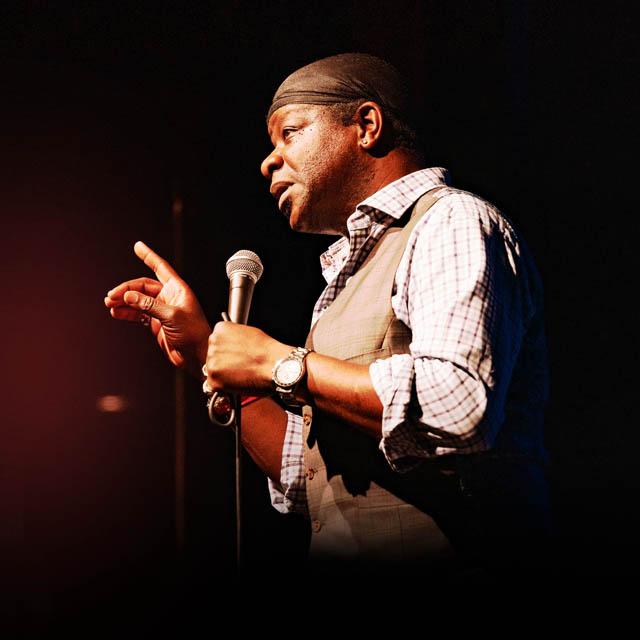 Fresh from Edinburgh Fringe (well, sort of) raring to go with a new show, the delightful and lovable Stephen K Amos is back on the road with Everyman.

It's easy to feel angry when mad talking heads and evil officials are looking for any slight difference of opinion to plough open and exploit. We need an everyman to bring people together, using the most powerful tool we have: comedy. In short, we need Stephen K Amos.

He's on a mission to bring about world peace. Or to at least bring about an evening of peace, one venue at a time. In an age where arguments are started over everything from politics to bendy straws, Stephen is rising above anger to remind us of what we have in common. Bringing achingly funny anecdotes, hilarious takes on the everyday and his infectious charm, Stephen K Amos will warm your cold, stiffened hearts. Join together with your fellow man and experience the universal language of laughter!

'Comedy at its purest and richest form.'
The Advertiser  ★★★★★

'Amos has the sort of commanding presence and confidence that could only have come from years of working the circuit.'
Arts Hub ★★★★

'One of the most likable figures in British comedy'
Radio Times