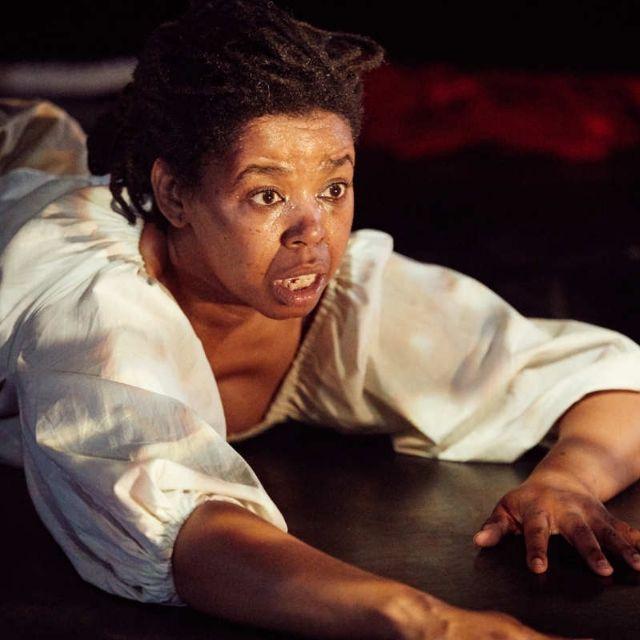 We think of slavery as an American experience, often hearing stories of the Deep South, and forget that Britain played a major role. SOLD uses the words and experiences of Mary Prince, who was born into slavery in the British West Indies and worked tirelessly there, before being taken in her last years to the UK. Her story, originally published by the anti-slavery movement of the 1800s, was popular in its day, contributing enormously to the ending of slavery, but has long been forgotten and is rarely referenced or known.

Mary's narrative describes some of the harsh realities of enslavement, from her childhood days as a passive survivor, and later when trying to gain her freedom and change the system that kept her enslaved.

The production is given greater cultural weight through the use of West African traditions including griot, an important role in the African community, similar to the European bard. The griot is an historian, storyteller, singer, poet and musician. In SOLD, Amantha tells Mary’s story through storytelling, song and dance/movement alongside the drummer and performer Angie Amra Anderson.

It is co-produced by Kuumba Nia Arts and Unlock the Chains Collective, founded by Euton Daley in 1986 to explore performance poetry as a theatrical form and to develop a dialogue with various social struggles at the time (anti-apartheid movement, the miners’ strike, poll tax, etc). They have led numerous projects locally and nationally aimed at engaging communities, especially the black community, with the arts through storytelling, poetry and performance.

“Every so often there is a piece that touches the soul. SOLD is one such show” Nominee for Music Theatre Award. Music Theatre Review. Edfinge 2019

'This was not the first time I have witnessed the North Wall’s stage hosting a fully-fledged production evoking a whole cast of characters with just two actors, but it may just have been the best'  Daily Info