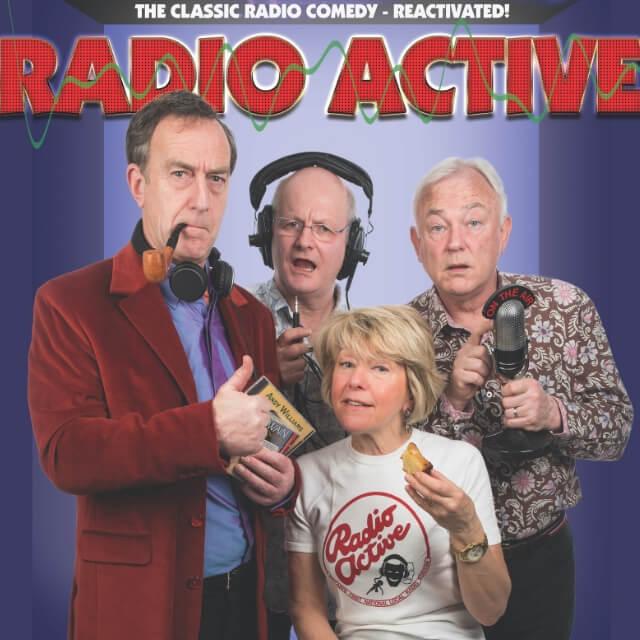 Why not enjoy with an ice cold bottled beer?

Limited availability- please pre-book to secure your meal and table by calling the box office on 01235 515144 or book online with your ticket.

If you do not wish to pre-book booking, please turn up early on the night to avoid disappointment. Once they are gone, they are gone!

Angus Deayton (Have I Got News For You, One Foot In The Grave, Nighty Night), Helen Atkinson Wood (Blackadder, The Young Ones, QI), Michael Fenton Stevens (Benidorm, My Family) and Philip Pope (Who Dares Wins, Chelmsford 123, Only Fools & Horses) reunite to take classic scripts from the awardwinning BBC Radio 4 show on the road following a sell-out and critically acclaimed run at edinburgh Festival Fringe.

Among other classic characters expect to catch up with long suﬀering radio host Mike Channel, original foodie Anna Daptor, and the accident-prone Martin Brown, as well as the cast’s original musical creations, responsible for such parody bands as The Hee Bee Gee Bees and Status Quid.