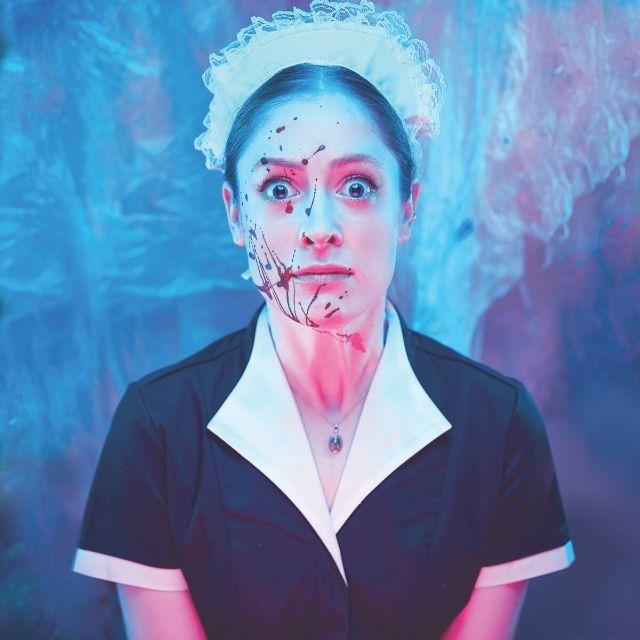 Part of Cornerstone's Women's Week from Sun 8 to Sun 15 Mar.

A hotel room, a chambermaid and a dead woman. It’s not what it looks like, really, it’s not. It was self-defence... and anyway the woman was asking for it.

The chambermaid considers herself to be a pretty normal person; she reads books. She pretended to read the party manifestos at the General Election. She’s even read The Psychopath Test and she’s pretty sure she’s not one so...

After rave reviews and sold out shows at Edinburgh Fringe 2018 and Vault Festival 2019, Ladykiller is a blood- soaked morality tale about victimhood, power and flipping the gender rule book on psychopathy. Charting one woman’s journey from violent oppression to bloody revolution, it is the (gruesome) quintessential jet-black comedy for the age of the gig economy.

This performance is supported on tour by house, delivered by Farnham Maltings and funded by Arts Council England
housetheatre.org.uk.

'A very funny and refreshingly offbeat comedy’ - The Stage ★★★★