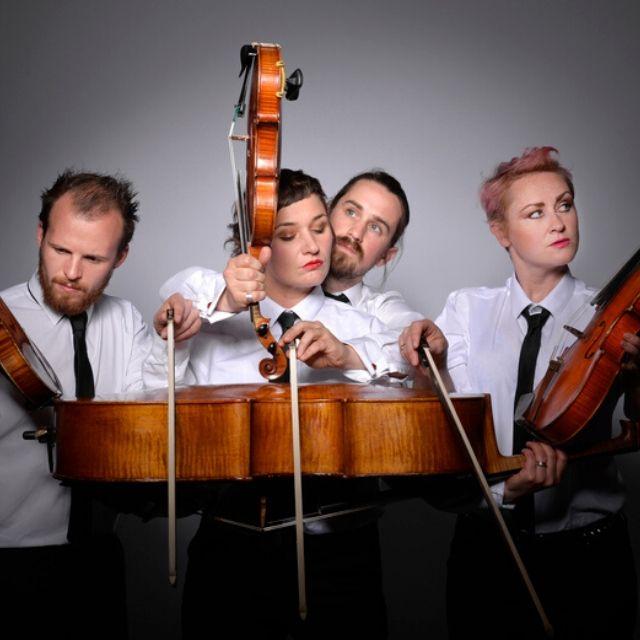 Age guidance: Show is suitable for all ages.

May contain traces of ABBA.

Award winning comedy musicians Bowjangles present their most magical show so far - a theatrical, musical journey through myths, folklore, legends and a portal in a cello case in the quest to find the most priceless relic of all - a magical violin bow known as Excalibow.

You can expect tales of monsters, ancient gods, historical figures and characters of pure fantasy in this action-packed show full of comedy, energy, and almost every musical genre you can imagine.

Part of Cornerstone's Youth Festival which is running with activities and shows from Sun 16 - Sun 23 Feb.